Home > Culture > The Burg Kino: The story of one of Vienna’s oldest cinemas
Culture

The Burg Kino: The story of one of Vienna’s oldest cinemas

The story of the Burg Kino

Vienna is not only the city of art of music but also the city of movies and cinema. Much of that is due to the Burg Kino, one of the oldest cinemas in Vienna and probably the world. Located in the famous Ringstrasse, right across from the beautiful Burggarten, the Burg Kino is one of the city’s most beloved cinemas, screening films since 1912.

The Burg Kino is a true pioneer which evolved alongside the evolution of the city itself. As the political world changed rapidly during the 30’s, the cinema’s management understood the power of movies as not only entertainment but political tool. While taking a huge risk, the cinema screened movies such as Battleship Potemkin, a movie about the disruptive actions of National Socialists. That movie screening even led to some arrests.

In more positive times, the cinema always aimed to be ahead of the competition and provide the locals with new options of entertainment. During the silent film era, for instance, it was one of the first cinemas in Austria to make the transition from silent to sound film. Later, during the 50s, 60s and 70s, the Burg Kino was the only cinema in the German-speaking world (except Switzerland) to regularly screen films in their original version. A special trademark of the cinema is the regular screenings of the classic film The Third Man (1949), which since its revival in 1980 has been central to the cinema’s repertoire and a tourist attraction in itself. For the past 15 years or so, the cinema has also  been hosting special events such as film weeks, numerous premieres and discussion events, which are intended to enrich the cinema landscape in Vienna.

Despite being through so much, including some of Vienna’s darkest times, the cosy red seats of the cinema never remained empty for so long. This is the chance to give back to a place that has done so much for locals and international movie lovers. The best way to help is by purchasing the cinema’s vouchers. This will give you something wonderful to look forward to for when the quarantine is over. Following the cinema on Facebook and joining the movie lovers community is another great help as the Burg Kino has much content to give, even if you’re at home.

HOW TO SUPPORT THE BURG KINO:

Purchase a movie voucher from their online store HERE!

And make sure to visit the cinema when it’s again possible!

YogaKula: A yoga studio with an international edge 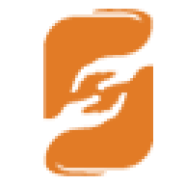 The Corona Support Board is an initiative aiming to help small businesses in Vienna through publishing their story. Our goal is to become a marketing tool for small businesses so that they remain relevant and get back up when everything is normal again.

Send us your story to support local viennese businesses

The Third Man Museum: A unique experience for film and history lovers

YogaKula: A yoga studio with an international edge

The Corona Support Board is an initiative aiming to help small businesses in Vienna through publishing their story.

Our goal is to become a marketing tool for small businesses so that they remain relevant and get back up when everything is normal again.